You are here
Home > Kannada > Amulya is a Kannada actress in Indian Film Industry, Images and Biography in Detail 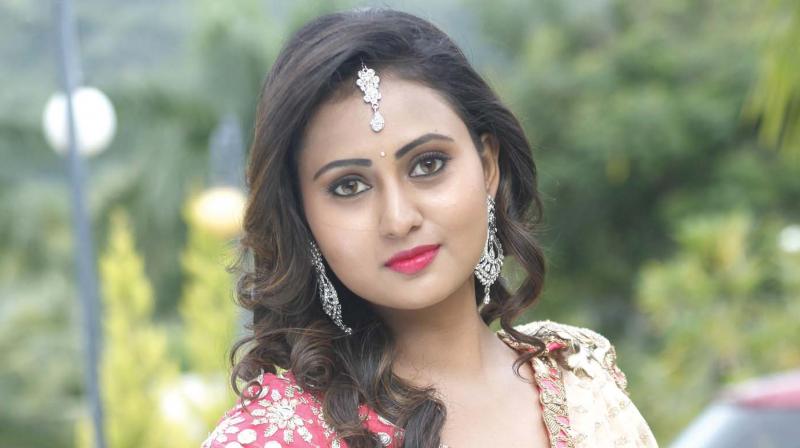 Amulya is a Kannada films actress in indian film Industry. She started her acting career in the film Parva as a Child artist in 2001. And later she acted as a lead actress in 2007 with the film Cheluvina Chittara as a role of Aishwarya “Aisu” opposite to Ganesh this film was successful at the box-office.

Amulya was born on 14 September 1993 in Bangalore, Karnataka. Her father is a businessman and mother Jayalaksmi is a housewife, Amulya has an brother named Deepak Aras. When she was in school, she trained Bharatanatyam dancer secured a green belt in Karate. Amulya did her pre-university course in commerce from Mount Carmel College, Bangalore. And also obtained a a Bachelor of Commerce (B. Com) degree from same collge in 2014.

Khushi Khushiyagi was the first film Amulya was acted in 2015 as character role of Nandini opposite to co star Ganesh. Later her second release was Ram-Leela, a romantic-drama Amulya plays a role of Chandrakala. In 2016 the film Maduveya Mamatheya Kareyole she plays a a meaty character as Kushi opposite to Suraj. Amulya is best known for her roles in successful films like Chaitrada Chandrama as Ammu in 2008, Naanu Nanna Kanasu as Kanasu in 2010 and Shravani Subramanya as Shravani in 2013 for this film of her performance recives a title ‘Golden Queen’ by her co-star of Ganesh, won her first Filmfare Award for Best Actress.