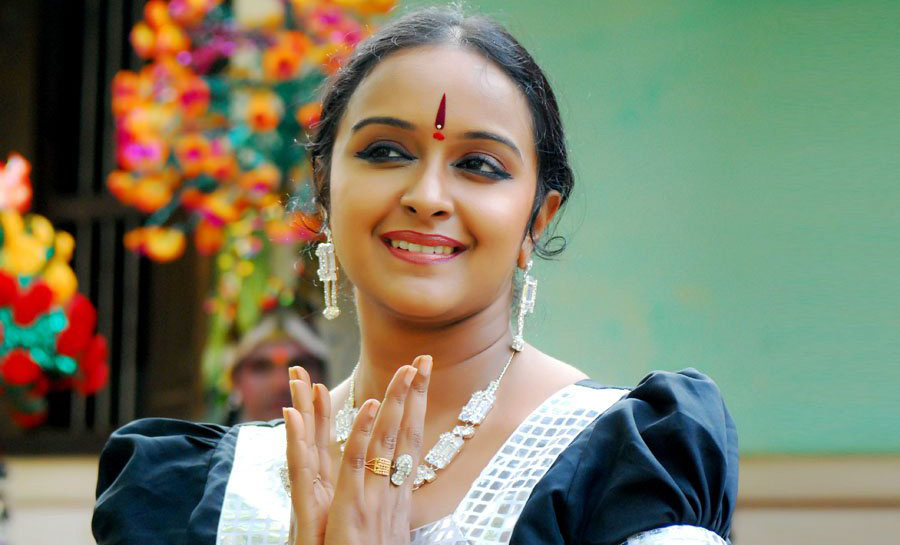 Shalu Menon is south indian serial actress, film actress and a professional classical dancer. She acted in many television serials and Malayalam films and Devotional Albums. Shalu Menon hails from Changanaserry, Kottayam district of Kerala. She started her formal training in classical dance at very young age from her grandfather Natyacharyan Sri Tripunithura Aravindakasha Menon. He runs a Jayakerala School of performing Arts. Shalu Menon is currently the principal and chief faculty of the institution.

Shalu Menon born on 7 September 1982 at Perunna, Changanassery, Kerala. Shalu Menon is the grand daughter of late Shri. Thripunithura Aravindaksha Menon and daughter of Venugopal and Kaladevi. Her gradfather was a known dancer of Kerala, who introduced “Ballet” (Dance Drama) in Kerala. She recently married to her longtime boyfriend Saji. G. Nair on 8 September 2016.

Shalu Menon acted in around 20 malayalam serials so far. Her famous serials include Sthreejanmam, Devimahathmyam in Asianet, Penmanassu in Surya TV. She also acted in few malayalam movies.

First controversy through her leaked MMS video in internet, Shalu Menon’s video went viral through internet. In that video she has been spotted nude. Authenticity of the that video hasn’t confirmed yet. Second controversy happened when her name is linked to Solar scam in Kerala, for which she got arrested and released on bail later.